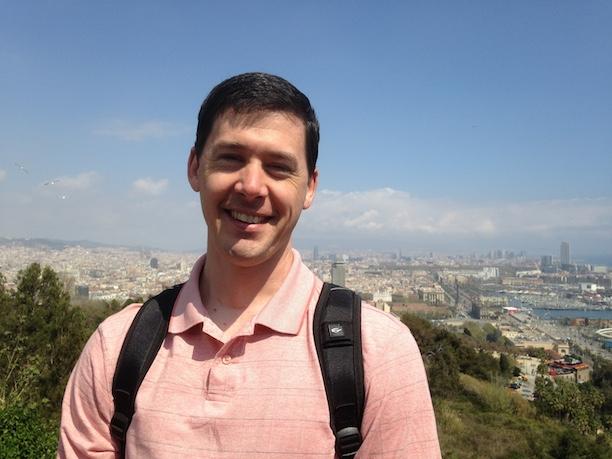 Mr. Murch wrote his first orchestral composition, “Momentarily Silent”, as a junior in high school and it was performed by GAMAC (Greater Anderson Music Arts Consortium) Symphony Orchestra under the baton of Alex Spainhour. He won first place in the music composition contest through MTNA (Music Teachers National Association) in 1996 for the state of South Carolina and placed second in the southeast region. He attended the University of South Carolina where he received a scholarship for the viola, composition, and a teaching scholarship through the USC String Project. Mr. Murch graduated from USC in 2001 with a bachelor in music composition. The GAMAC orchestra premiered his composition “Threnody for the Victims of September 11th” that same year. In 2002 the Anderson Symphony premiered “Homage to Mary Nicholson” for a member of the orchestra that had passed away. In 2004 the GAMAC Orchestra performed “Dragonflies” written by Mr. Murch for two high school student violinists and erhu (a bowed, two-stringed Chinese instrument) and orchestra dedicated to the students. In 2006 he wrote “Romance” for double bass and orchestra written for a high school senior bass player and was premiered by the Anderson Symphony Orchestra.

Mr. Murch is a published composer through Alfred Publishing Co. (Click here to see/hear a composition) He was the guest composer and conductor for the Anderson All-County orchestra in 2008 where “Medieval Villages” was premiered. Also in 2008 he was awarded the “Golden Apple Award” from WYFF News Channel 4 and was selected as the Teacher of the Year for McCants Middle School. Mr. Murch has performed on the violin and viola with the GAMAC Symphony Orchestra and Anderson Symphony Orchestra. In the spring of 2009 the South Carolina All-State Junior Orchestra premiered a commissioned work entitled “Serenade for Strings” and the Anderson Symphony Orchestra premiered the second movement of his “Organ Concerto No.1”. In the same year during the summer, Mr. Murch took students from McCants and T.L.Hanna schools on a two-week trip to Germany, Austria, Liechtenstein, and Switzerland in 2009 and again with 53 students and parents in 2012 adding Italy to the trip.

In November of 2012, he was the conductor of the Junior Orchestra for the Midlands All-Region Orchestra Festival. After he taught for 10 years at three different middle schools in Anderson School District Five he was granted a full graduate assistantship at the University of South Carolina and completed his masters degree in music education. In July of 2013, Mr. Murch taught at the Tri-District Arts Consortium. He recently completed a commissioned composition written for orchestra teacher Genny Nelson at River Bluff HS for her class of graduating seniors. He conducted the Strings 1 for the 2015 Tri-District Arts Camp in the summer of 2015 where the students premiered his piece, "Sunset Hero". Mr. Murch is the guest conductor/composer for the 2016 Anderson All-County Orchestra in November at Anderson University for the 6-8 grade orchestra. Recently his electric strings ensemble called, "Northeast Current", will performed at the SCMEA (South Carolina Music Educators Association) on February 9th, 2016 playing his arrangements and original compositions. He recently conducted the Strings 1 for the Tri-District Arts Camp for the summer of 2016 and Northeast Current performed as one of the guest artists. In May of 2017, under the direction of Mr. Murch, all three orchestras - 6th, 7th, and 8th grade - received the highest rating of "Superior" at the Trills & Thrills Festival at the Performing Arts Center in Marietta, GA. In 2018, the 8th grade orchestra received the highest rating of "Superior" at the SCMEA Concert Performance Assessment.